Having got myself started on passenger liner photos in An Evening in the Rocks, I just happened to find the Queen Mary 2 in Adelaide a couple of weeks later.

I own a 5 metre runabout style boat so popped it in the water near Outer Harbor (where Adelaide’s passenger terminal is located) to combine an afternoon’s crabbing with a spin over to see the Queen Mary 2.

But yet again while photographing the Cunard Queens, the lighting was rubbish with thickish middle level cloud producing a dull, cold and contrastless light. That’s three out of three times I’ve struck these conditions photographing the Cunard Queen liners. Grrrrr… And the crabs weren’t very cooperative on the day either. At least the sea was calm.

So, hopefully having not put you off entirely, some images of Queen Mary 2. 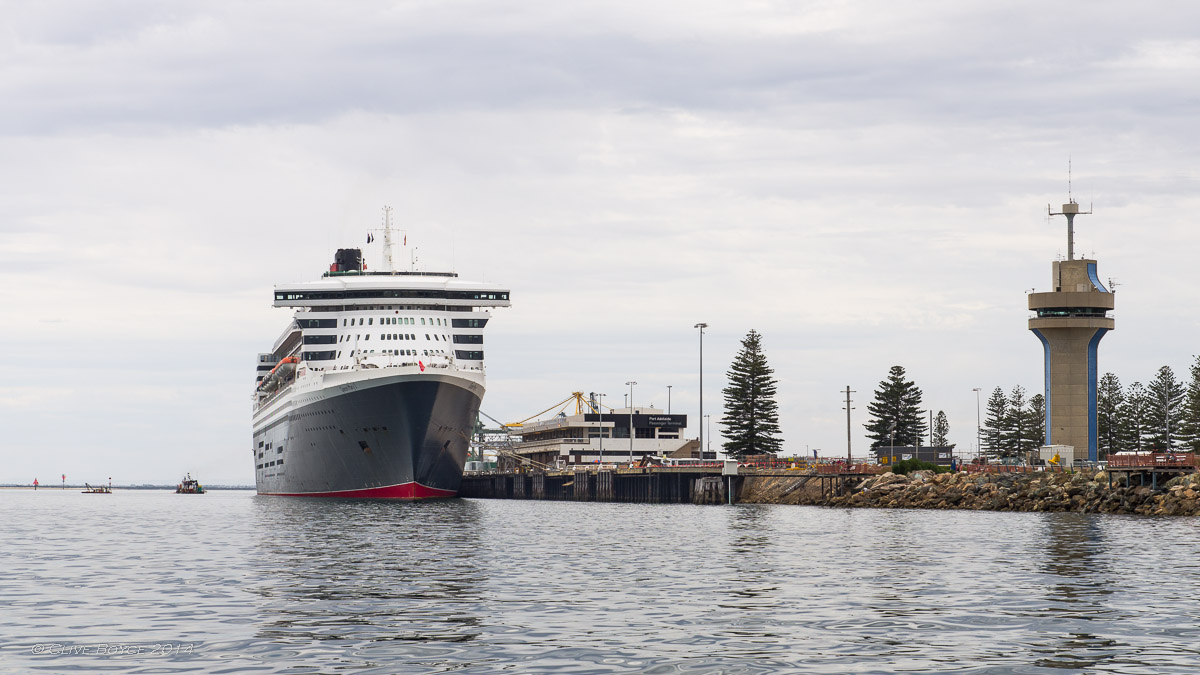 END_OF_DOCUMENT_TOKEN_TO_BE_REPLACED

Intro Note: Well, this must be my slowest post from initial creation to actually getting it finished for publishing. I started in early April and then life sort of got in the way. It’s now mid-June as I finish it off. The opening sentence below seems a bit dated now!
.

After travelling to Sydney in early February with my new to me 10-17mm fisheye zoom (see Fun with a Fisheye), I was back in Sydney a few weeks later for four days of business related meetings and conferences. One evening I loaded up the camera gear and set off for a walk past Circular Quay, under the Sydney Harbor Bridge, and then back down the other of the Harbour Bridge expressway to my target destination for the evening, Observatory Hill.

The area I walked through is known as The Rocks and is a significant heritage area with most of the properties there dating from the mid to late 19th century. After a short walk from my hotel, I arrived at Circular Quay. This is a very well known spot on the edge of Sydney Harbour where all of the Sydney ferries arrive and depart from the central business district. The Sydney Opera House is on one side and the Overseas Passenger Terminal on the other.

February/March is peak season for cruise liners to be visiting Sydney and I’m up in Sydney for the same week at the beginning of March each year. Typically one of the Cunard ‘Queens’ calls into Sydney during that week. This year it was the Queen Victoria. Previously I’ve seen the Queen Mary II and the now retired Queen Elizabeth II. As yet, I don’t think I’ve yet laid eyes on the new Queen Elizabeth. What I like about the Queens is that they more or less preserve the classic lines of the trans-Atlantic liners. They might just be ships, but the lines are graceful and sweeping. The design language is cohesive and everything is in proportion. Whereas the look of some of the modern cruise ships just leaves me cold. Ugly and sometimes kitsch are two descriptors that spring to mind. So, I’ll start this post with a few Queen Victoria shots, but I promise this is not a ship only post and I will be moving onto other subjects. 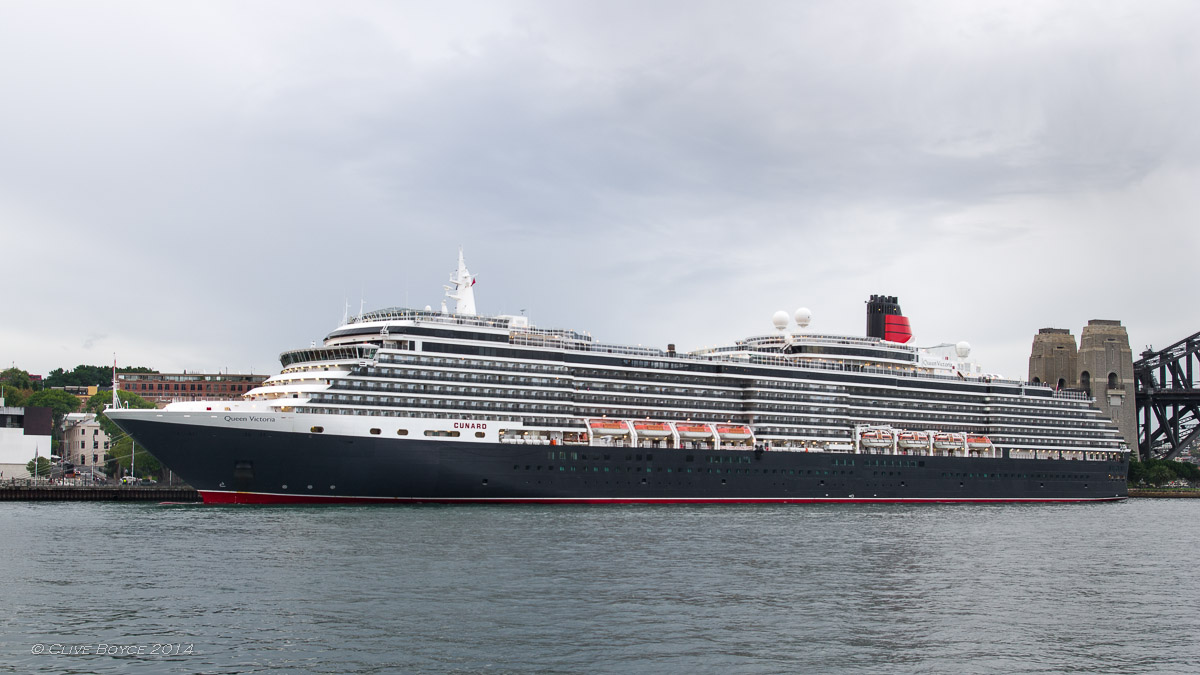 Queen Victoria under a dull and somewhat threatening grey sky.  On this evening the rain held off.  By way of contrast, two years earlier I photographed the Queen Mary II on her March visit, also in the early evening.  Just after finishing those shots, it started to rain. And rain, and rain. It stopped the next day at noon after 4½ inches had fallen.

END_OF_DOCUMENT_TOKEN_TO_BE_REPLACED

Welcome to my fourth and concluding post covering a visit of three Dutch tall ships Europa, Oosterschelde and Tecla to Australia.

If you have just arrived here, then you may wish to first view the earlier posts:

Dutch Tall Ships in Australia (In the Twilight Zone)

On the morning after the Port Adelaide open day, the ships set sail for Melbourne, accompanied by the local sail training ship One and All which was sailing down as far as Kangaroo Island. Another glorious early spring day and a good spectator fleet was on hand to farewell the four ships. I popped my own boat in the water (all five metres of it!) and followed the fleet down the Port River and out into the gulf. Wind was a steady 10-12 knot northerly and the sea was near flat.  Couldn’t have been a better day.

The Europa led the fleet down the Port River, surrounded by a spectator fleet of local yachts and power boats.  The fleet headed north for five miles (8 km) after leaving their berths. With the light northerly breeze, it was motors on, with the jibs and stay sails set solely for decoration.

END_OF_DOCUMENT_TOKEN_TO_BE_REPLACED

Welcome back to the third post of my tall ships series. After the open day at Port Adelaide finished, I ducked across the other side of the Port River hoping to get some good late afternoon/twilight shots of the moored ships.

If you have just arrived at this post, you may wish to first explore my two earlier tall ship posts:

I’ve probably said enough about the ships in those earlier posts, so I’ll just dive into the photos.  Presented broadly in chronological order, so you can follow the changing mood as the light started out as a golden sunset and then faded to blue. 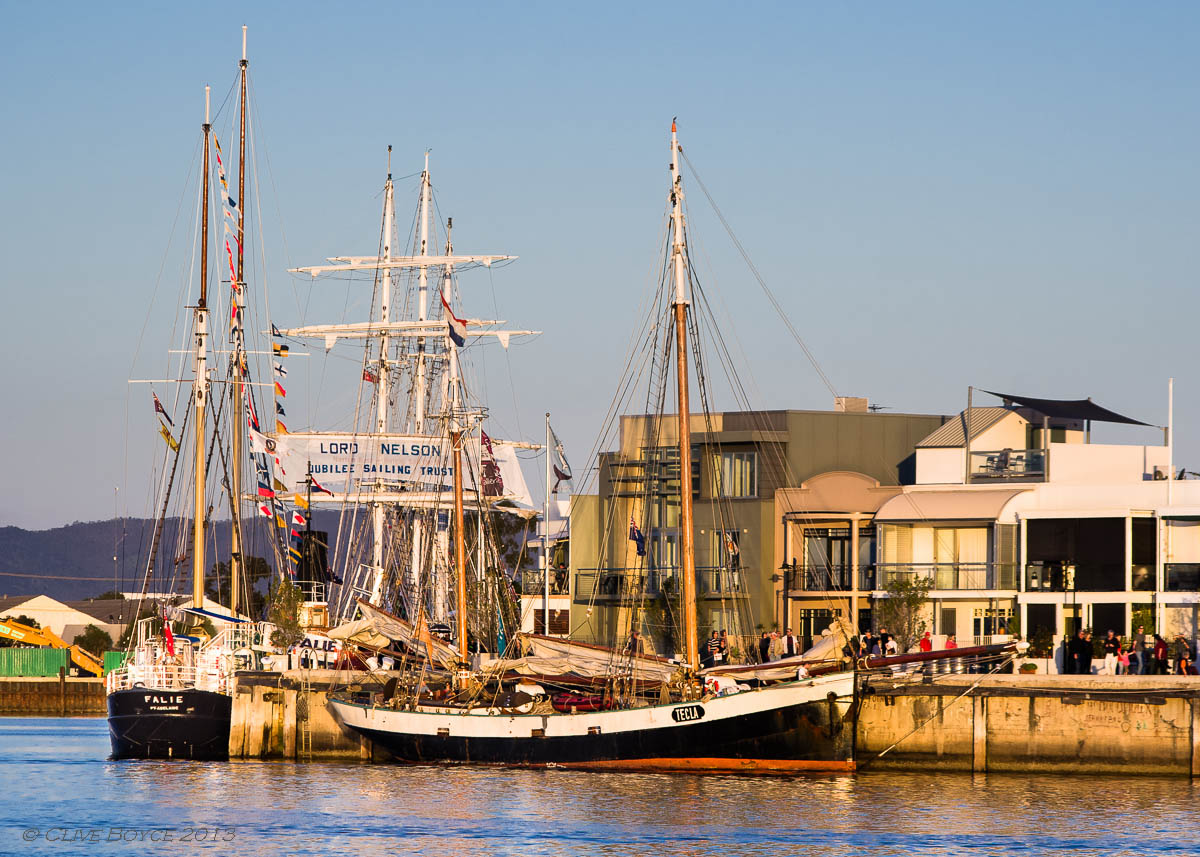 END_OF_DOCUMENT_TOKEN_TO_BE_REPLACED

Welcome to my second post following the visit of the Dutch Tall Ships to Australia.  In the first post here, I covered a chance encounter with the ships in Fremantle Harbor.

Five weeks on, and the ships have made it to Adelaide for a short stopover before continuing on their way to Melbourne and then onto Sydney for the Royal Australian Navy’s International Fleet Review.

On Saturday 31st August, the ships were open to the public visitors, and quite a crowd turned out for what was a glorious early spring day.

Joining the Europa, Oosterschelde and the Tecla for the open day were the local sailing vessels Falie and the One and All, and the historic steam tug Yelta.

I wandered down to Port Adelaide late in the afternoon and added some more images to my growing set of tall ship photos. 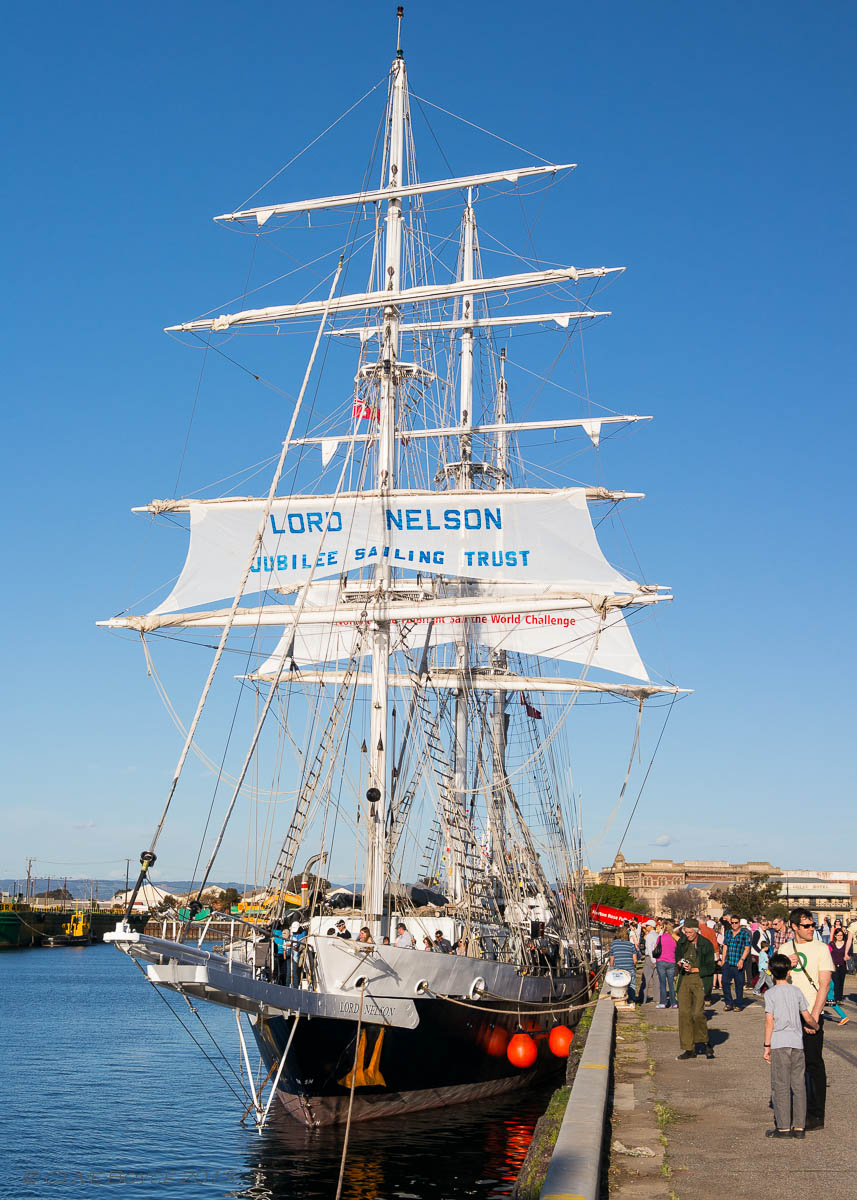 The English sail training ship, the Lord Nelson, joined the Dutch tall ships in Adelaide, as she too makes her way towards Sydney. Completed in 1986, she is designed for both able bodied and disabled crew members to actively participate in the sailing of the ship.

END_OF_DOCUMENT_TOKEN_TO_BE_REPLACED

The centenary of the first entry of the Royal Australian Navy’s fleet into Sydney will be commemorated in October 2013. Both naval and tall ships have been invited to Sydney to celebrate the event. Indications are that there will be six international tall ships coming to Australia for the occasion.

I happened, by pure co-incidence, to be in Perth five weeks ago when the three Dutch tall ships arrived in Australia from South Africa via Mauritius. They’d come into Fremantle (Perth’s main port) a day before the official welcome, I suspect to avoid some pretty foul weather that was on its way.

I wonder where these ships hail from? The Oosterschelde flying the Dutch flag with the Europa behind.

END_OF_DOCUMENT_TOKEN_TO_BE_REPLACED

I’ve been promising a few people that I would get around to posting some photos I took of Stockholm at night, or what passes for night a week before the summer solstice.  I’m jumping out of chronological sequence of my travels, so there will be a little bit of back tracking in later posts.

I rather like taking waterside twilight/night photos, and having discovered just before I left Australia that Stockholm is essentially at the top end of an archipelago of some 20,000 islands, I decided to pack my tripod just for the stop in Stockholm. The prolonged evenings at high latitudes was also something not previously experienced, and would be a novelty in itself.

By mid-June, proper late twilight only really gets going after 11pm.  This created a bit of a challenge in itself, as by that stage of the evening a mix of residual jet lag combined with general travel weariness was starting to take its toll.

Anyway, I was happy that the effort was made, and  I hope you will agree that the outcomes weren’t too shabby.

Stockholm in the evening light

END_OF_DOCUMENT_TOKEN_TO_BE_REPLACED

Photo Morsels
Create a free website or blog at WordPress.com.