A few month’ back, I found myself armed with a camera down on Adelaide’s South Coast region. I was finishing up a couple of hours of filming, taking photos of nothing in particular when I heard a steam engine whistle in the distance. And just happened to be in the exact spot for a great photo. Some days just want to turn out well!

The train concerned is the Cockle Train, run by the SteamRanger Historical Society. The volunteer run society operates a number of services on a now isolated section of the former Mt Barker to Victor Harbor broad gauge line. The Cockle Train runs from Goolwa to Victor Harbor, along the edge of the Southern Ocean, for a distance of around 12 miles. Cockles, a local shellfish prolific near the mouth of the Murray River, provide the name for this service that runs regularly on weekends and school holidays. A number of different rolling stock units are used to operate the service, including some heritage rail cars. This day I struck lucky, as the Duke of Edinburgh, the largest of the SteamRanger locos currently in service was pulling the Cockle Train.

Enough of the intro, onto the photos. All shot with a Pentax K-x dSLR with a Tamron 17-50 lens mounted, and with a UV filter and Hoya CPL on the front to combat the extremely strong sun and high UV (we’d hit 45C (113F) two days earlier in Adelaide).

END_OF_DOCUMENT_TOKEN_TO_BE_REPLACED

Today’s post is the third and final installment covering a recent visit to the Australian War Memorial, and explores the Memorial’s aircraft displays.  It was these displays that drew me to visit the Memorial in the first place, being something of a closet plane/train spotter. END_OF_DOCUMENT_TOKEN_TO_BE_REPLACED

Ok, first attempt to upload photos and insert one into a post.

Full sized as loaded (1024 x 680) and auto scaled down by WordPress to match the theme’s column width.  But it seems like the Chrome browser ignores the 960px theme width.

Specified as 960 pixels wide which I thought was the Twenty Twelve column width without Sidebar. But displays smaller on desktop screens than the prior image??? 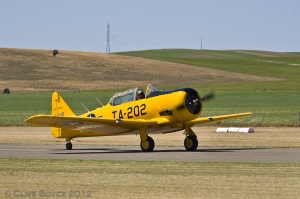