Recent posts have explored the island of Langkawi, located off the western coast of Malaysia near the Thai border.

After a week on Langkawi, the next stop was Kuala Lumpur.

While seascapes dominated the Langkawi posts, this post provides a complete change of genre and features birds – the birds of KL Bird Park to be precise.

The bird park is centrally located in Kuala Lumpur and is a roughly ten minute taxi ride from the city centre’s tourist hotels. Buses and the local commuter trains also get you close to the park. The park is very well set up and I would have to say is a ‘must-do’ for visitors to Kuala Lumpur.

Set in 20+ acres of landscaped gardens, the park features large aviaries through which visitors can roam yet provide birds with a natural free flight environment. The majority of the park’s 3 000 or so birds live in these large aviaries. Many of the birds are native to Malaysia, although there are a few ring-ins like the park’s collection of flightless birds – African ostriches and Australian cassowaries and emus.

So, let’s get going…

No bird park would be complete without a few peacocks strutting about, and KL Bird Park was no exception. 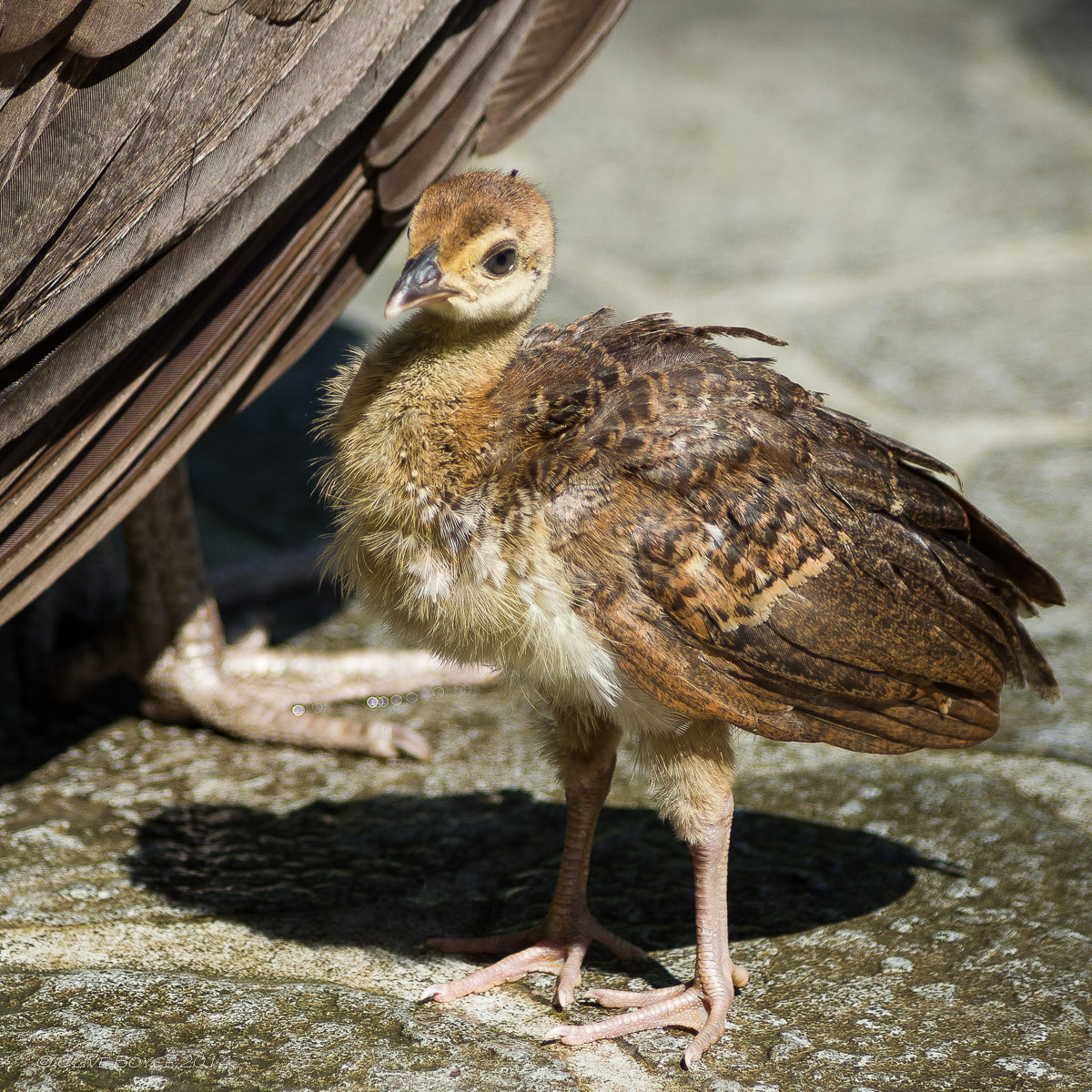 Ever wondered what a peachick looks like? This one was wandering along an aviary path with its mother. Look closely and you can just see its crest starting to grow.

Smaller and nowhere near as attractive is this bushy-crested hornbill. 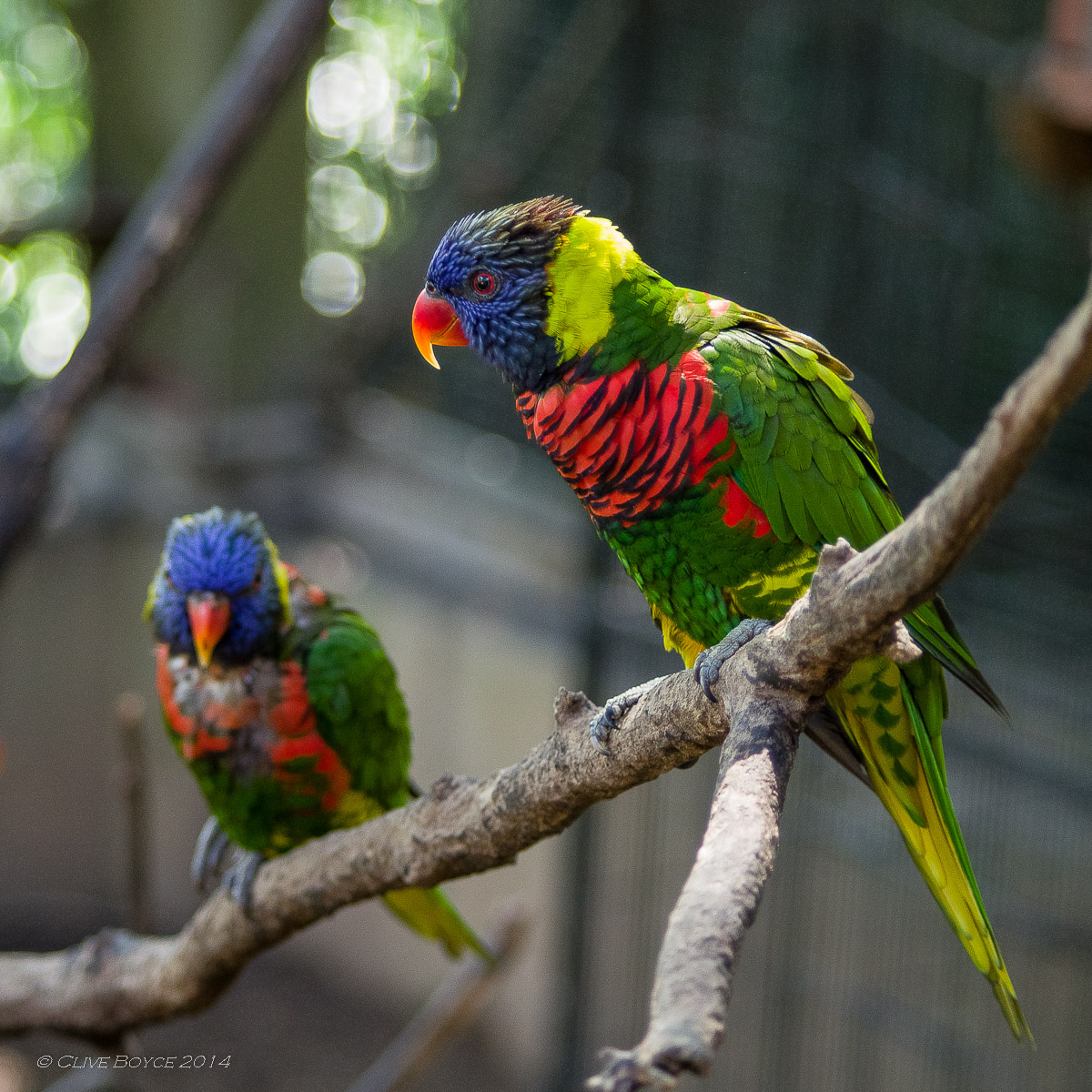 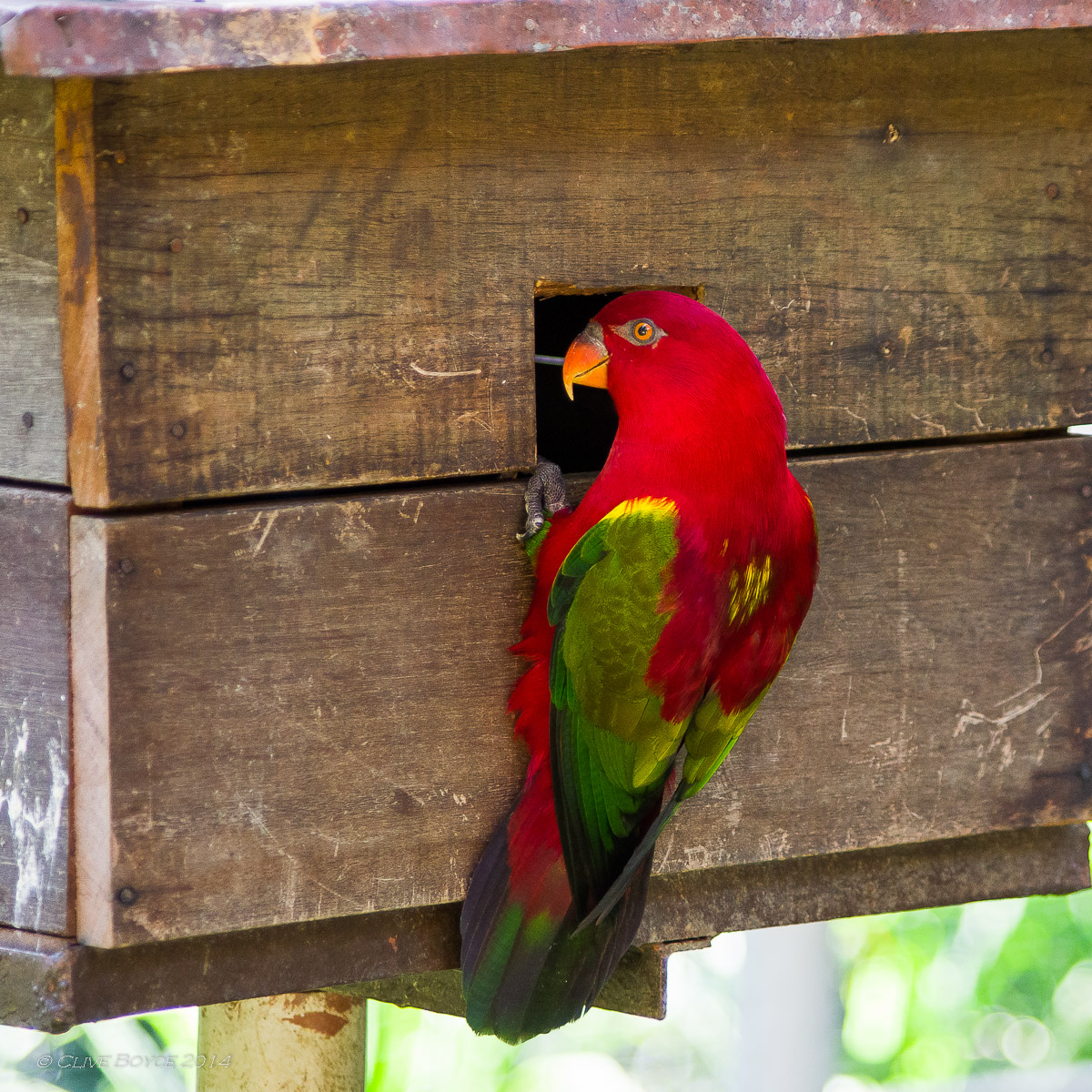 The rainbow lorikeets and red lories live in an aviary section set up for bird feeding, as demonstrated by my somewhat tame bird wrangler.

Pesquet’s parrot, also known as the vulturine parrot. The bare face is believed to be an adaptation to prevent head feathers from being gummed up by the bird’s diet of sticky fruits. 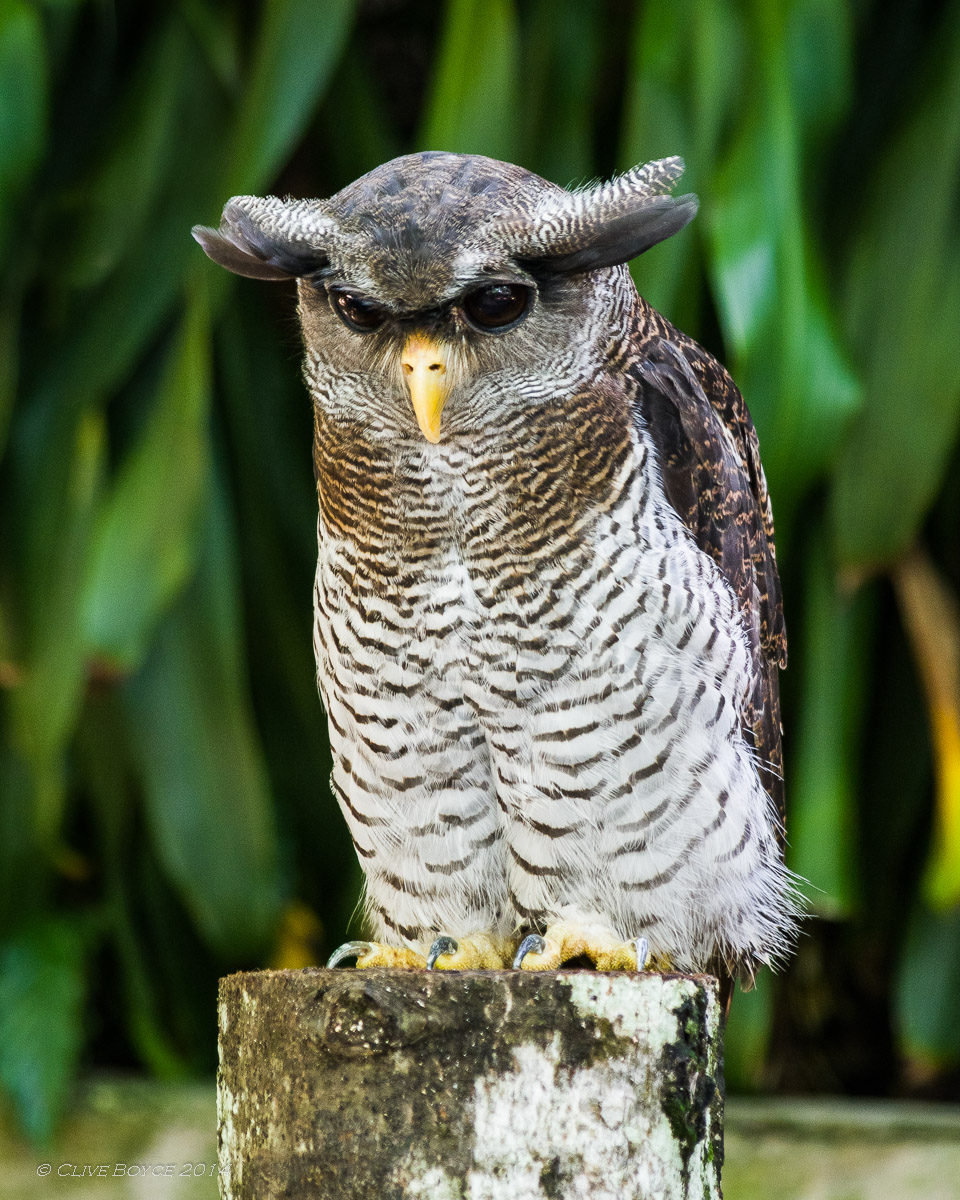 Peahen and pigeons helping themselves at a feeding station. The big blue-gray lump on the top level is a Crowned Pigeon, the world’s largest pigeon species. It dwarfs the regular sized Pied Imperial Pigeons.