Following on from my earlier Melbourne by Twilight post, I found myself with some free time the following day before my flight back to Adelaide. Being mid-December, all the Christmas decorations were up and adding additional interest and colour to the city.

I haven’t posted any street photography previously, so this post is also a first on that front.

In the Melbourne by Twilight post, I didn’t provide any ‘positioning’ images of the Southbank area.  So, for readers not familiar with Melbourne, maybe I should start there. 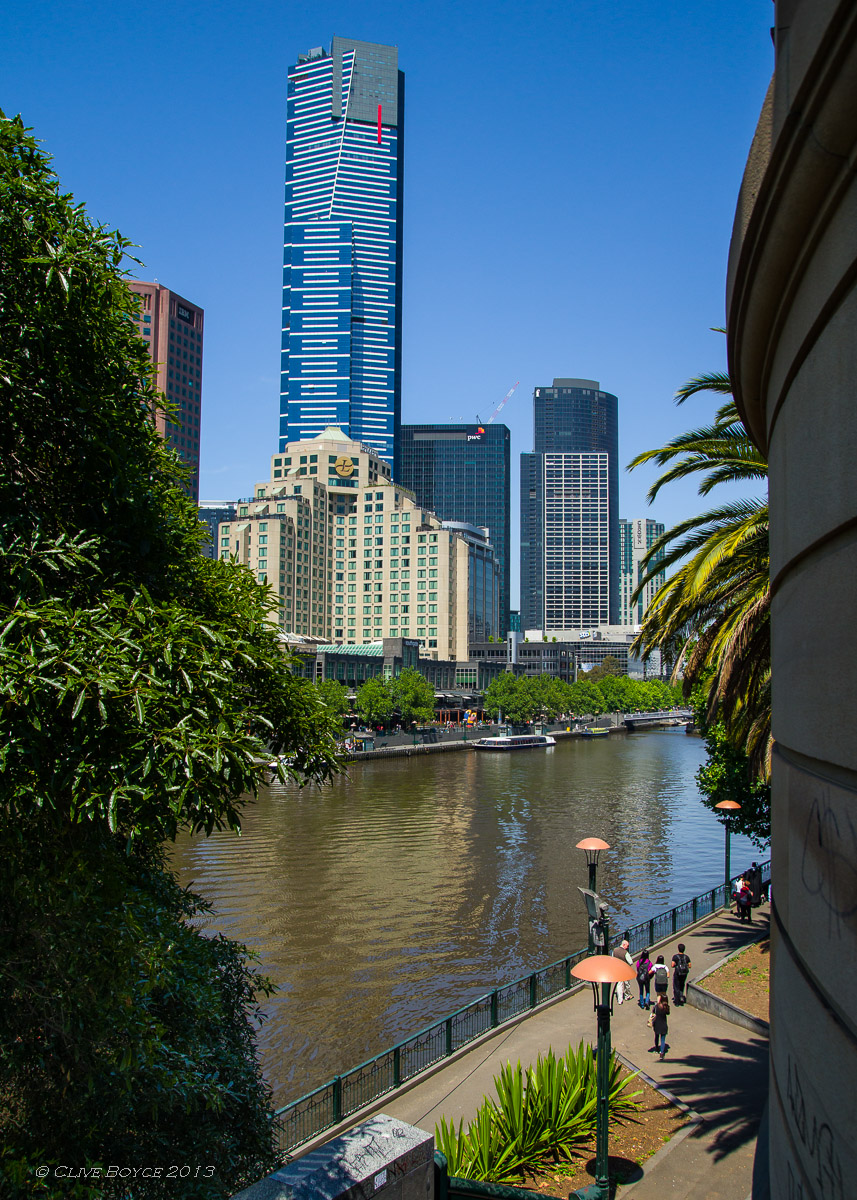 It’s hard to imagine that the Southbank area was pretty much an industrial wasteland by the 1980’s. Starting late in that decade, it became the site for a major urban renewal project of a scale and vision not previously seen in Australia. Melbourne has done a fabulous job in turning this area into one of the city’s best assets.

In the image below, the Southgate building along the river front is full of restaurants and a great place to dine and have an evening out.  And as the Melbourne by Twilight post has hopefully established, the night time view back across the river is just stunning. 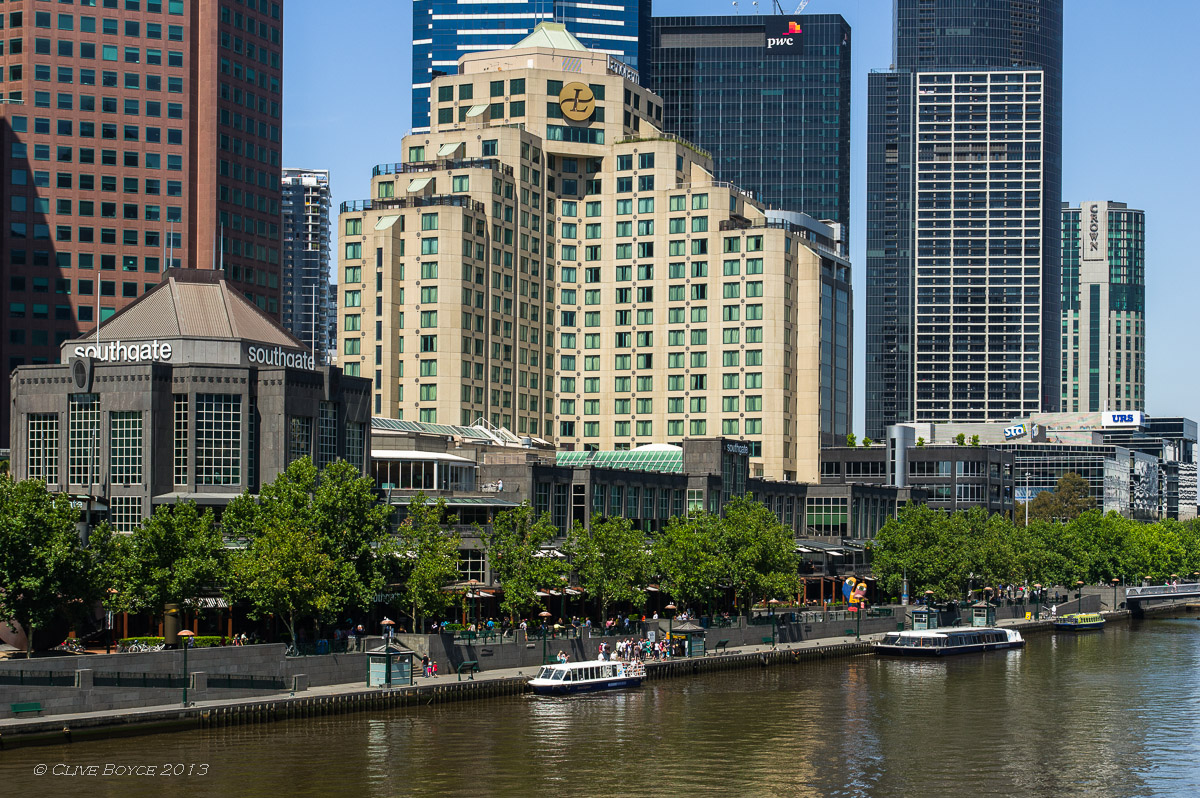 Melbourne’s temple of sport, the Melbourne Cricket Ground (aka the “MCG” or simply the “G”), framed by an arch of the Princes Bridge. And spot the surveillance seagull.

Over on the Southbank side of the river is Ophelia, a public art piece created by Deborah Halpern, a Victorian ceramics artist. Deborah’s public works can be found throughout Melbourne and regional Victoria.

And down in the shade of the trees was this street performer playing a Hang. A Hang is a metal percussion instrument with a lovely soft sound a little like a combination of a harp and softly hit tuned metal tubes. I’d never heard of a Hang until I saw one being played in Stockholm just a few days before the northern summer solstice in 2013. This is the second Hang I’ve now seen, and in a odd symmetry, it was here in Melbourne on the other side of the world six months later and just a few days before the southern summer solstice.

Use the page links below to continue to Page 2.

2 thoughts on “More of Melbourne”