South Australia’s annual Port Festival was held on the weekend of 19-20th October.  The festival is held in suburban Port Adelaide, the location of South Australia’s primary commercial shipping facilities. There were activities of all sorts, providing both arty/cultural experiences and opportunities to explore the history of the Port Adelaide district (which dates back to the original settlement of Adelaide in 1836).

What caught my eye while reviewing the list of events was an offer of free entry to three separate museums that respectively record South Australia’s aviation, maritime and railway histories.  Having immersed myself quite deeply in old sailing ships over the past few months (as you may have noticed from my September posts), I decided to pass on the maritime museum and give the aviation and railway museums a visit.  In this post, I’ll cover the South Australian Aviation Museum and return in later posts to the railway museum.

Please note that I’m trying out WordPress’s multi-page post functionality for the first time and have spread this post over three pages to help with page loading speeds. You should find a list of page numbers at the bottom of each page below the Share and Like buttons. Use these to navigate to other pages. I’m not overly keen on how WordPress displays the page links so far below the main body of the post, but apparently it’s embedded pretty deeply in their programming.  I’d be interested in hearing your comments about this and whether I should use this functionality again in future posts. 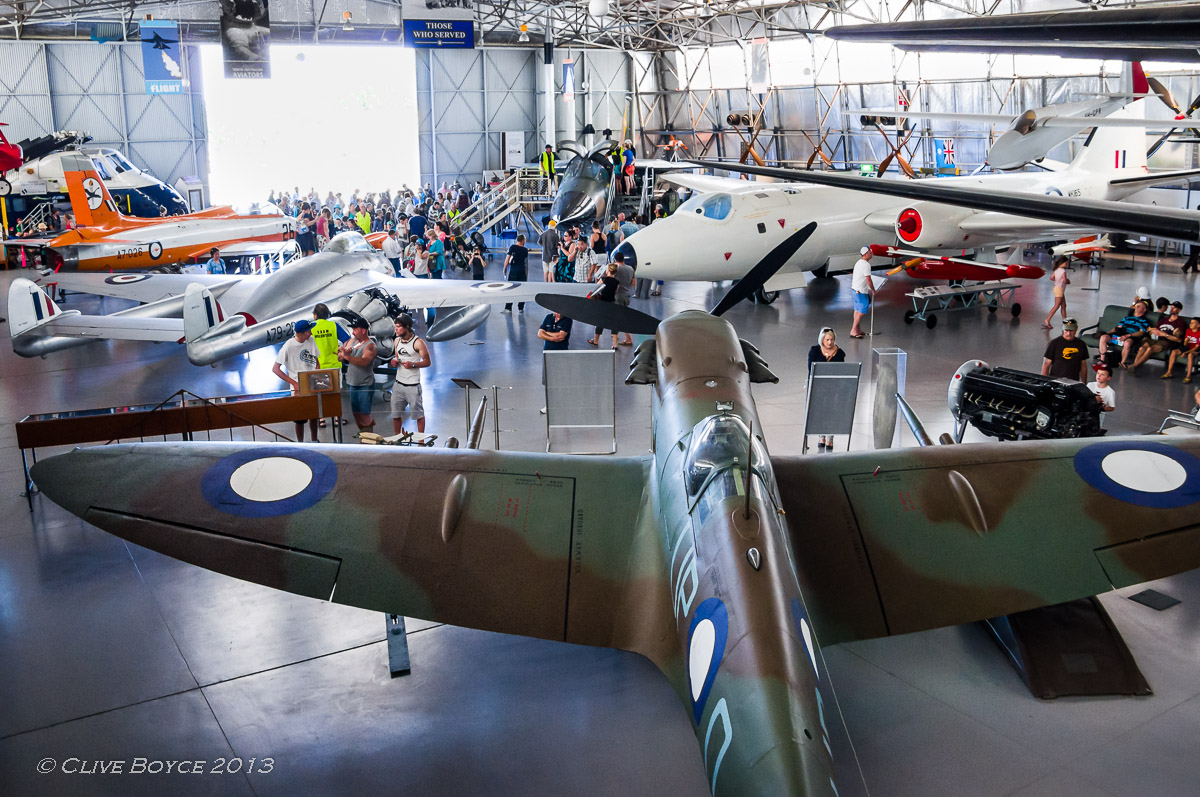 Overview of the museum’s main hanger. The combination of the Port Festival publicity and free entry drew a good crowd. 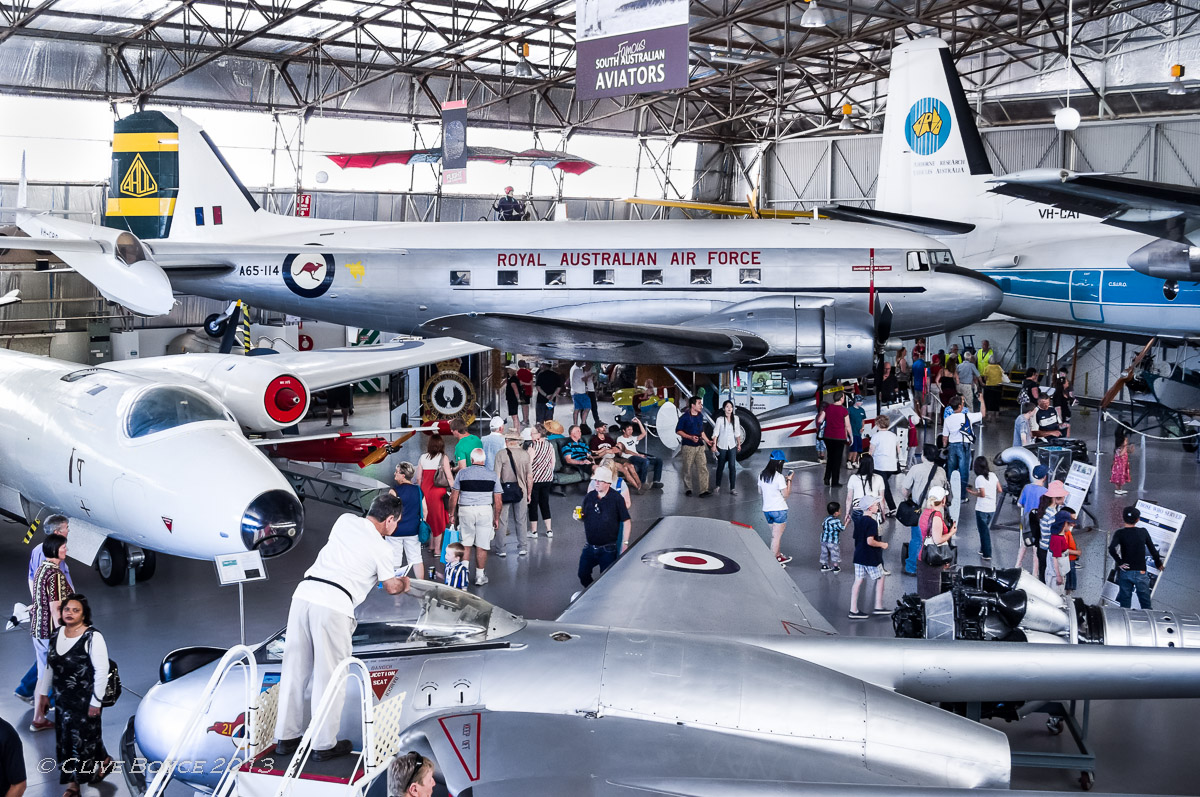 Sweeping the camera to the right to reveal some of the other occupants of the hanger ( and finding both more aircraft and many more visitors). 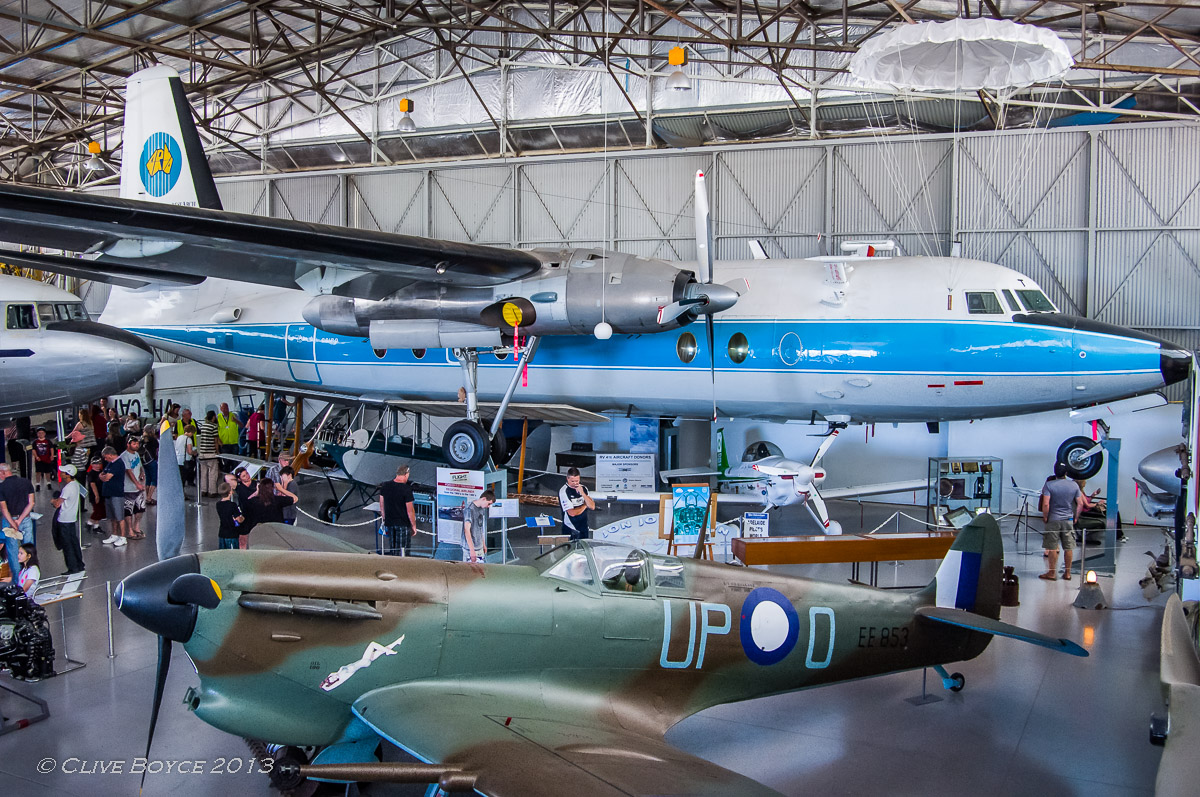 And completing the pan to the right, we find a Fokker F27 Friendship tucked up against the main doors. The left wing has been detached in order to fit the plane inside the hanger. You can see the detached wing leaning against the far wall under the nose of a RAAF C-47B Dakota (the wing is marked with the plane’s VH-CAT registration code) 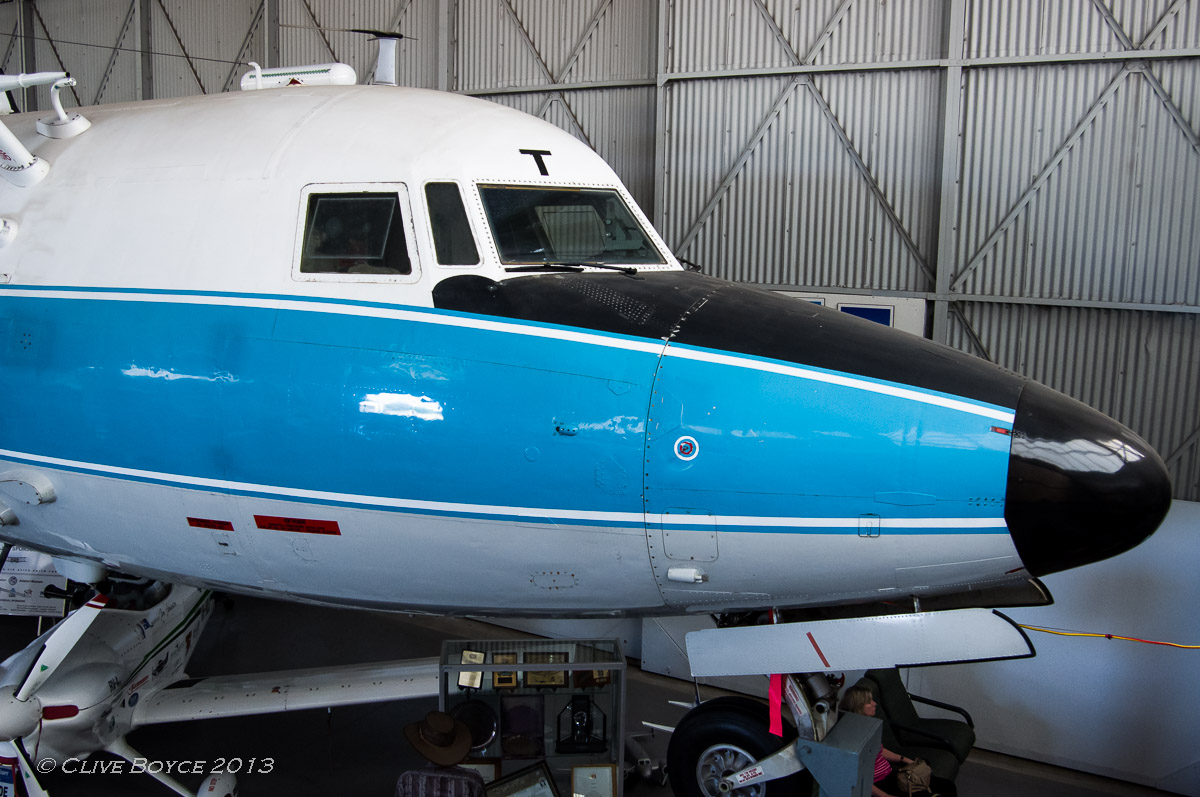 The Fokker F27 Friendship on display is an ex-CSIRO atmospheric research plane. The CSIRO is Australia’s national science agency, for those not familiar with the abbreviation (Commonwealth Scientific and Industrial Research Organisation). Not appreciating what I was seeing at the time, I’ve somewhat chopped off the image to the left but you can see some of the scientific measuring equipment fitted to the fuselage ahead of the wing . Although the nose is already quite long on the F27 (you are looking at a normal F27 nose here), the CSIRO had a 5.5 metre nose extension fabricated in 1980 to carry high sensitivity turbulence measure equipment as far as possible ahead of the upwash caused by the wing. It made the Fokker look like a cartoon mosquito. The nose extension was designed to be easily removed when not required. 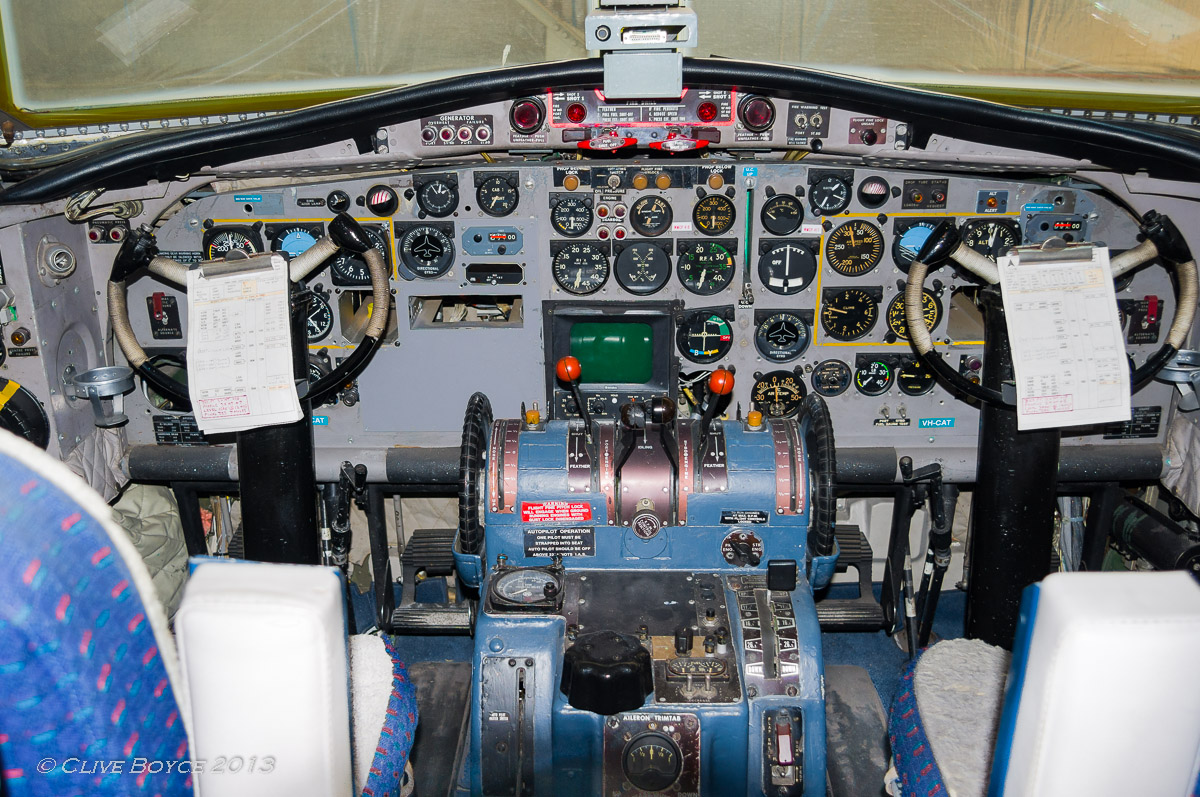 The Fokker F27 seems like a fairly modern aircraft to me, coming into service in South Australia in the late 1960’s to replace the DC-3s and Convairs that had been flying the intra-state routes, and having new-fangled turbo-prop rather than piston motors.  I recall flying in a F27 from Adelaide to Whyalla in 1972 for a Grade 7 geography excursion to tour the BHP steel works. But researching the F27 for this post has revealed it was a fifteen year old design even then, and the heritage of its Rolls Royce turbo-prop engines dates back to the late 1940’s.  The cockpit is where the age of the aircraft’s design is perhaps the most obvious.  This one has twin cup holders though, although they look like a retro-fit. 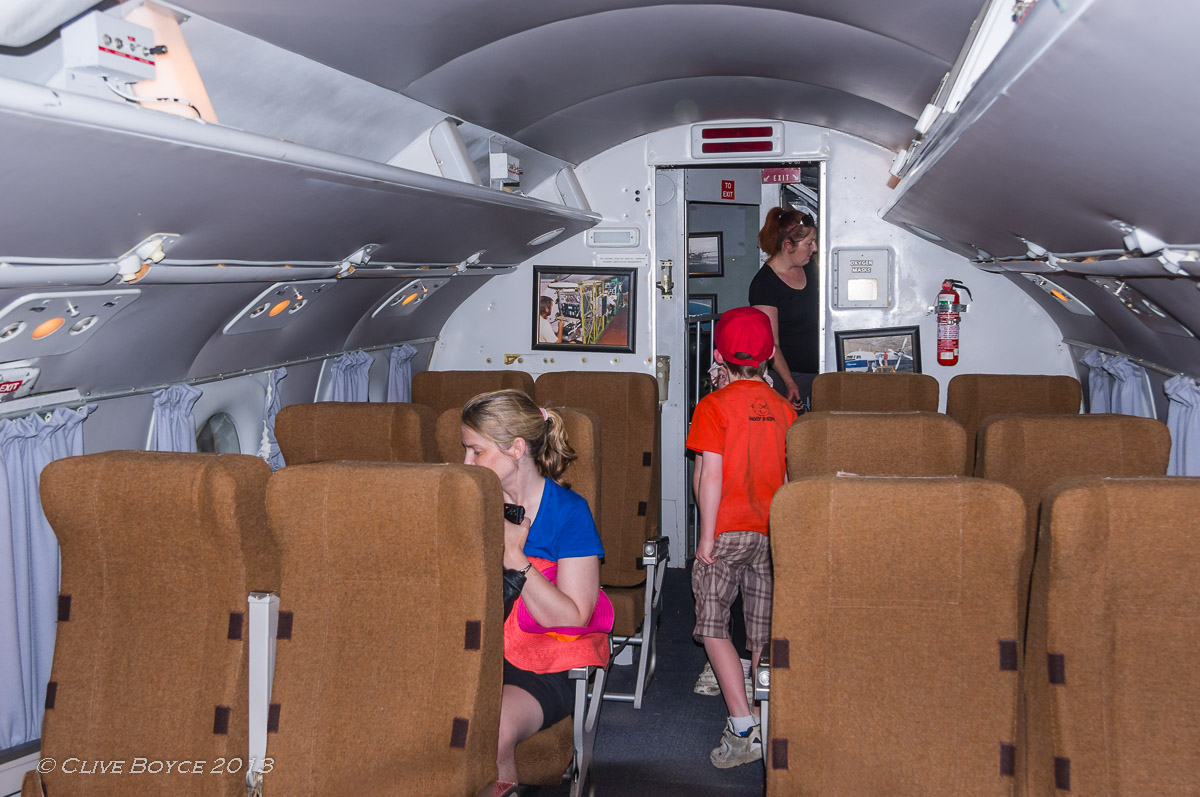 Fokker F27 Friendship cabin interior, looking to the rear of the cabin. The forward section behind the camera was an open space where scientific equipment relevant to the particular mission could be carried in, fitted to purpose built wiring points, and then removed, ready to receive whatever next was required.  Look for the picture on the rear bulkhead which shows the set-up. 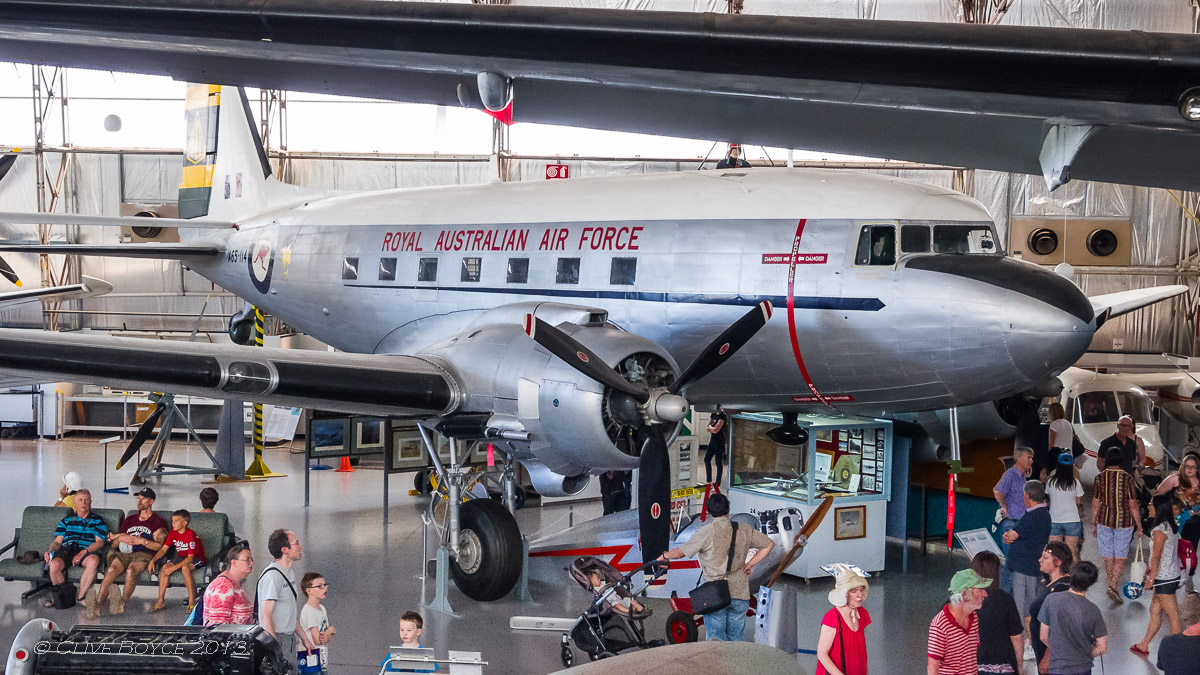 This C-47B Dakota served with the RAAF from 1945 mainly as a VIP aircraft, and has flown such dignitaries as Prime Ministers Ben Chifley, Sir Robert Menzies, and explorer Sir Douglas Mawson. The civilian variant of this aircraft is the trusty DC-3. 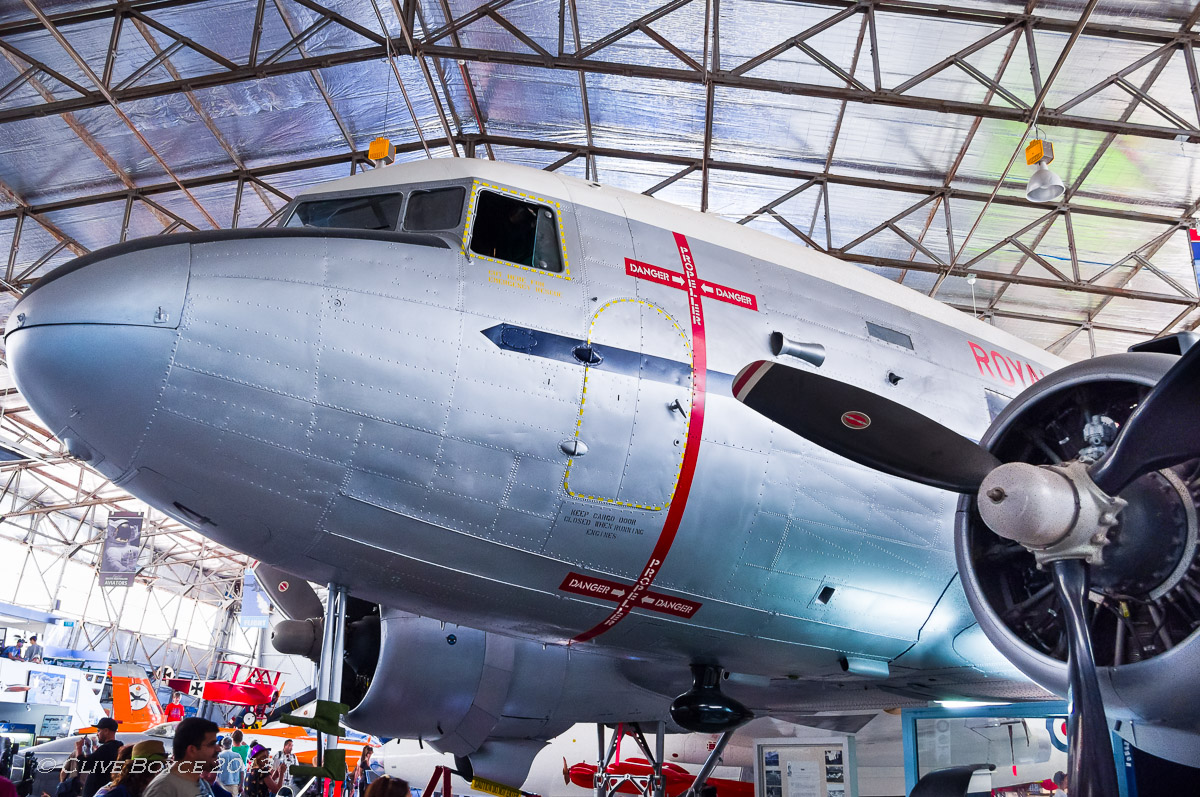 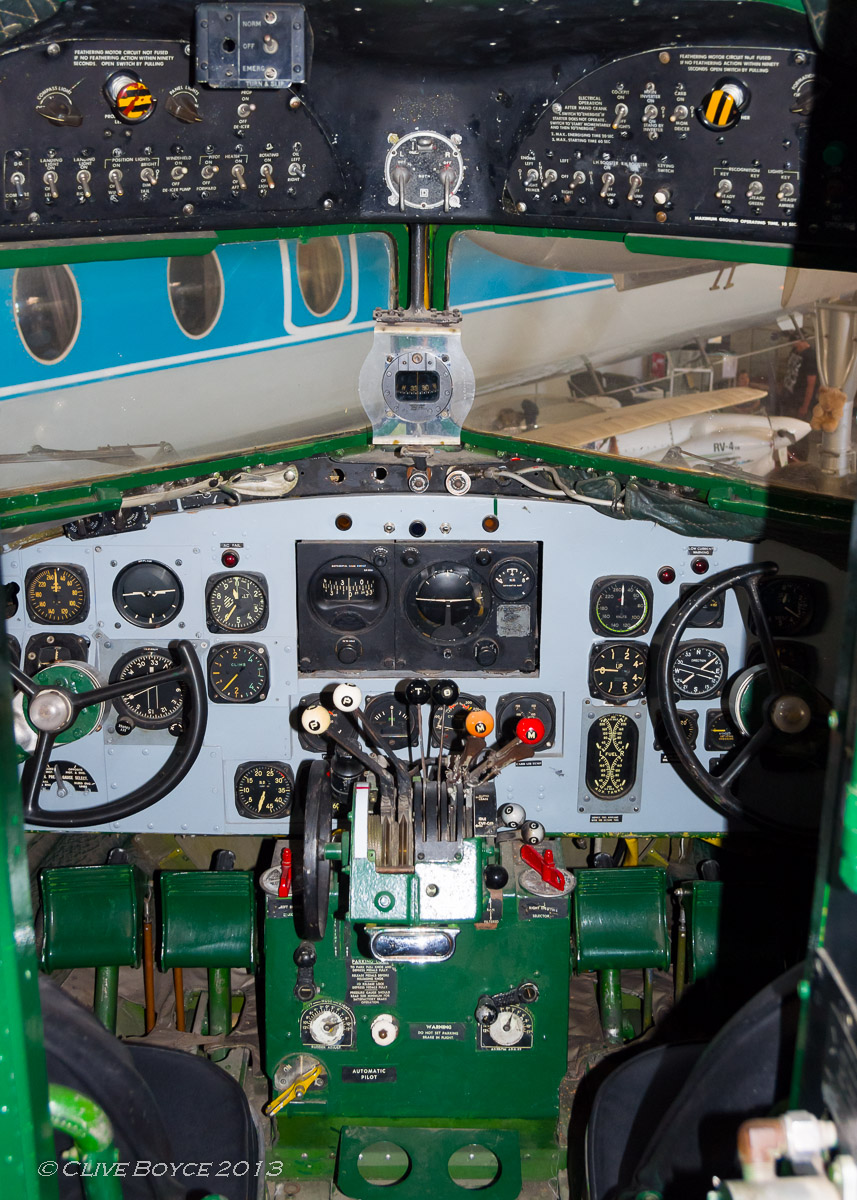 The Dakota’s cockpit.  Not too much complication here compared to modern commercial aircraft. 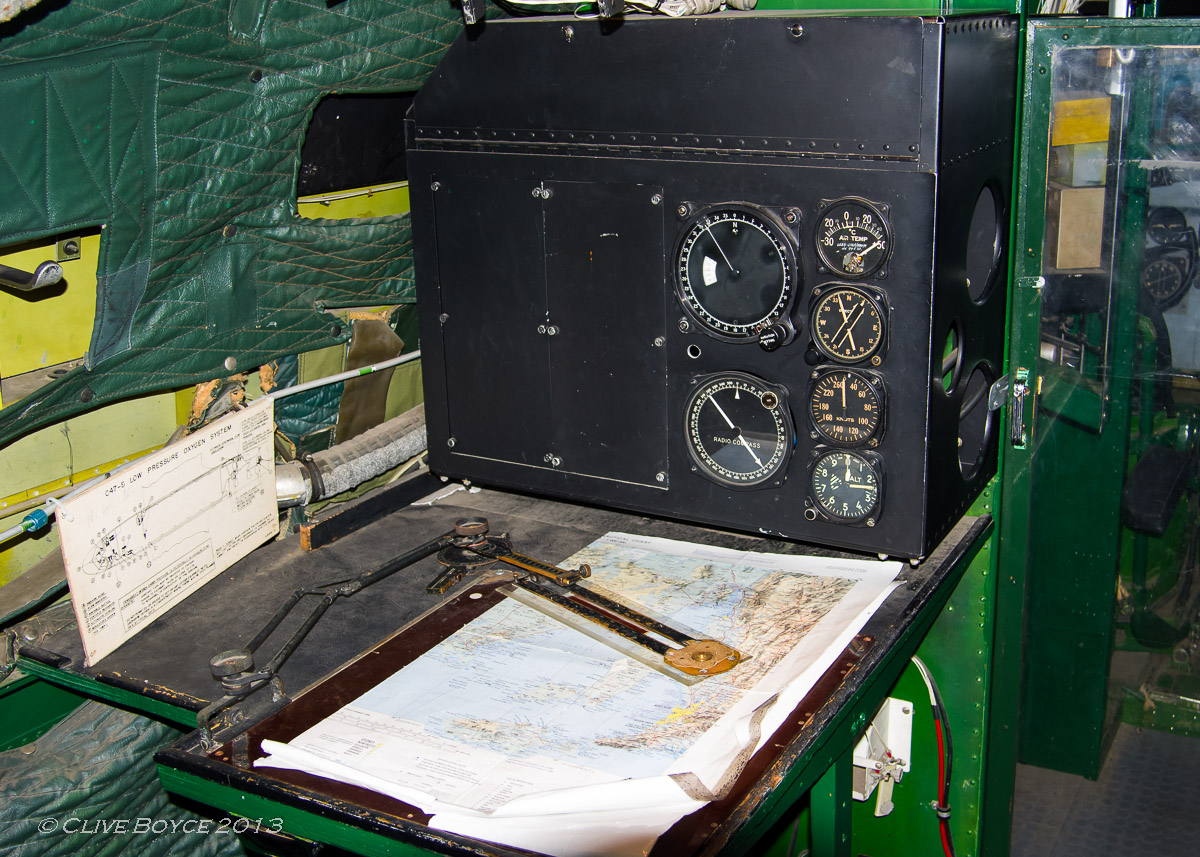 The navigation station just behind the pilot.  The map incidentally is of the two gulfs near Adelaide and Kangaroo Island to the south. 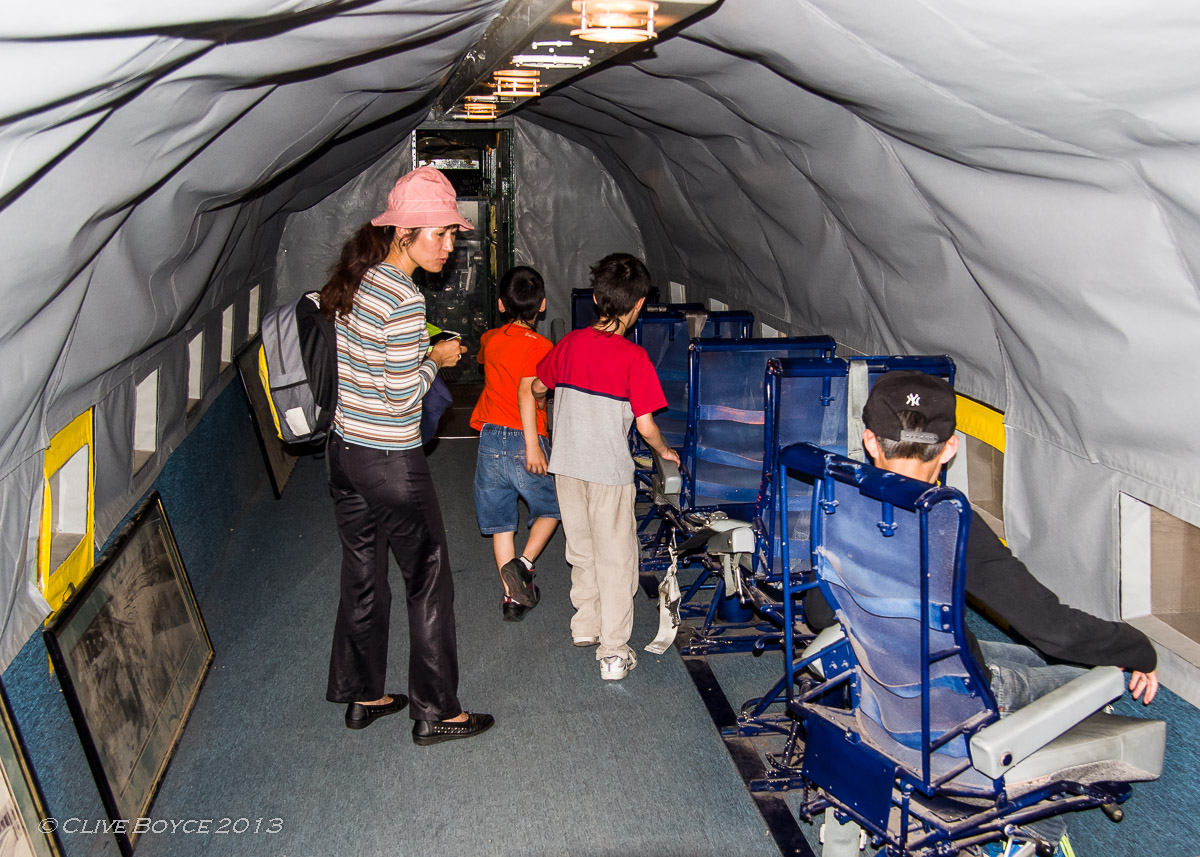